After opening in April this year, we've recently held our first Summer School at TECH PARK KIDS. For those interested in reading about what happened, we’ll be adding several reports about the various activities.

In this first report, we’ll share about an activity we held with the Sony Store in Tenjin for making commercials. 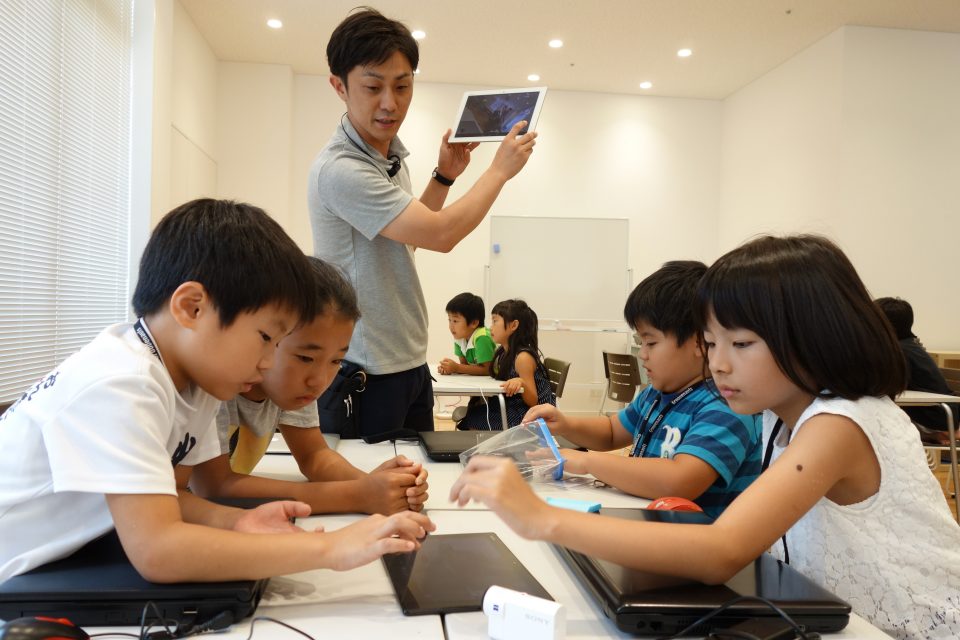 To start things off, a member of the Sony Store staff taught the kids about the Action Cams and tablets they’d be using. 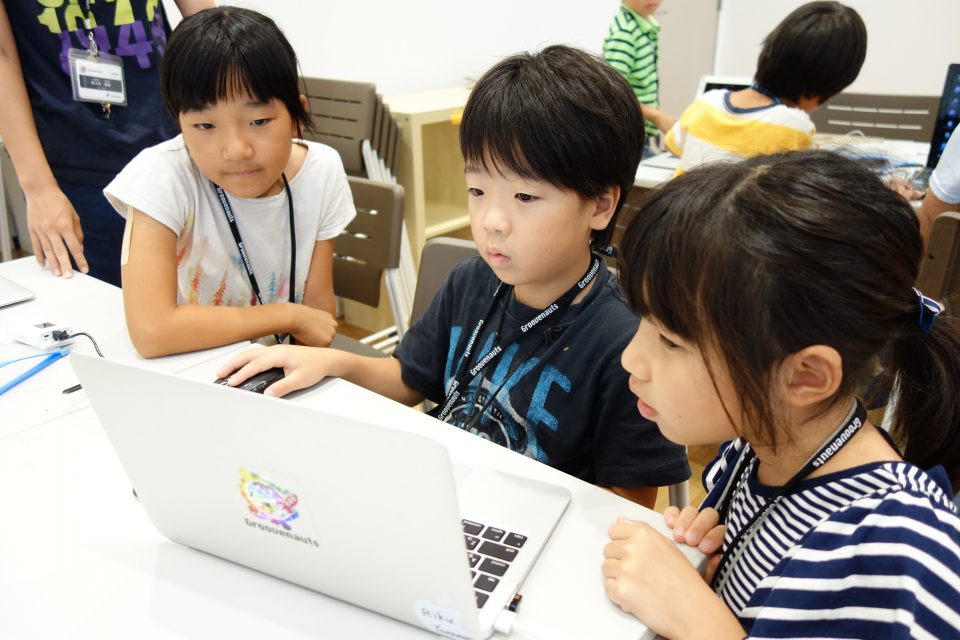 While checking out some quickly recorded test footage on the computer, each team decided on director, camera operator, and performer roles. 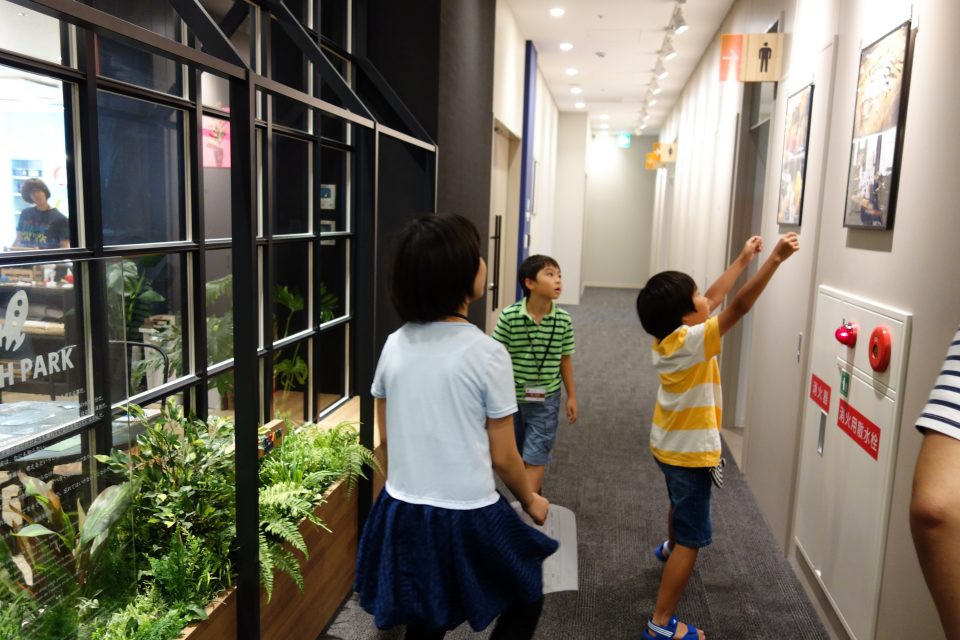 After choosing themes for their commercials, they headed off to scout their filming location. This team’s director seemed to have a clear “picture” of what he wanted to record. 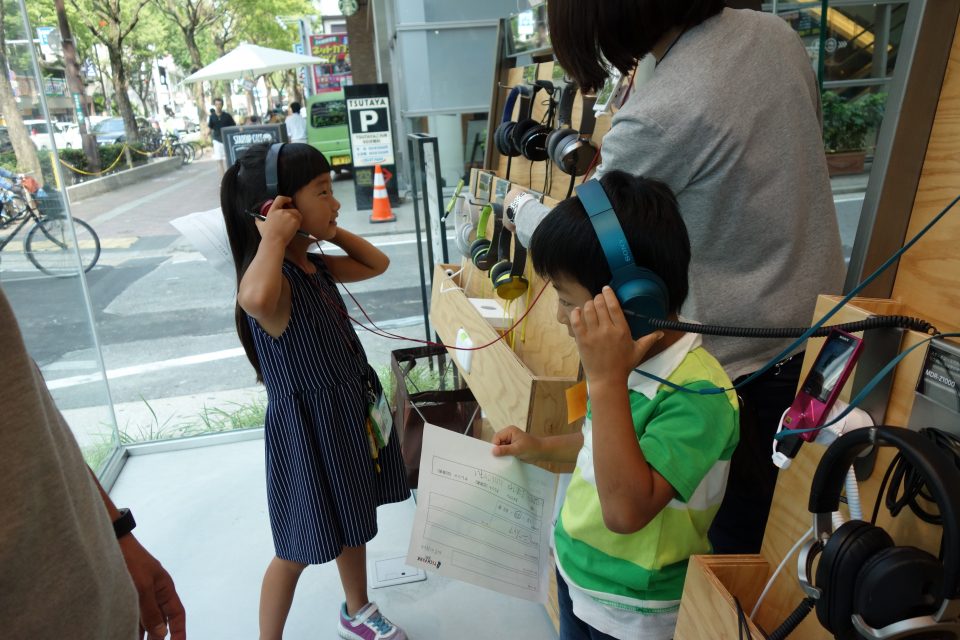 The Sony Store team seemed quite enamored with the headphones... 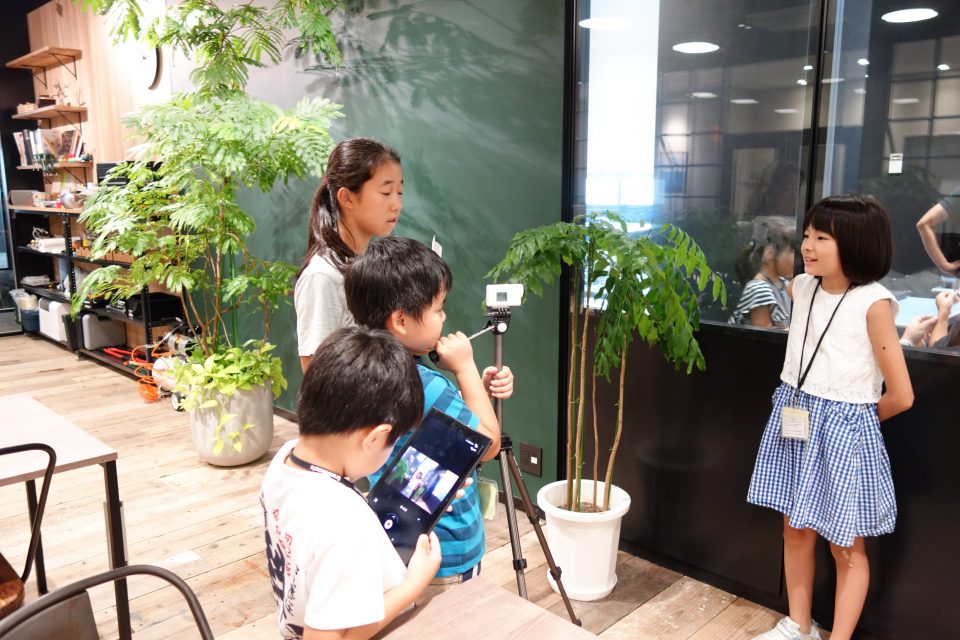 After finishing scouting the location and writing the script, it was finally time to start filming! 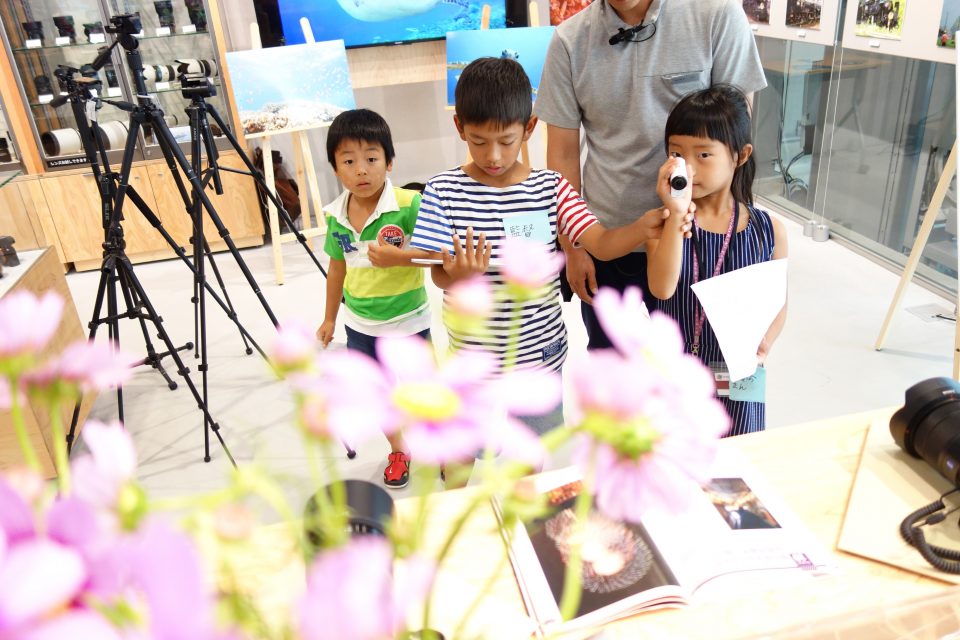 This director (upper-elementary student) was very supportive of his younger camera operator! 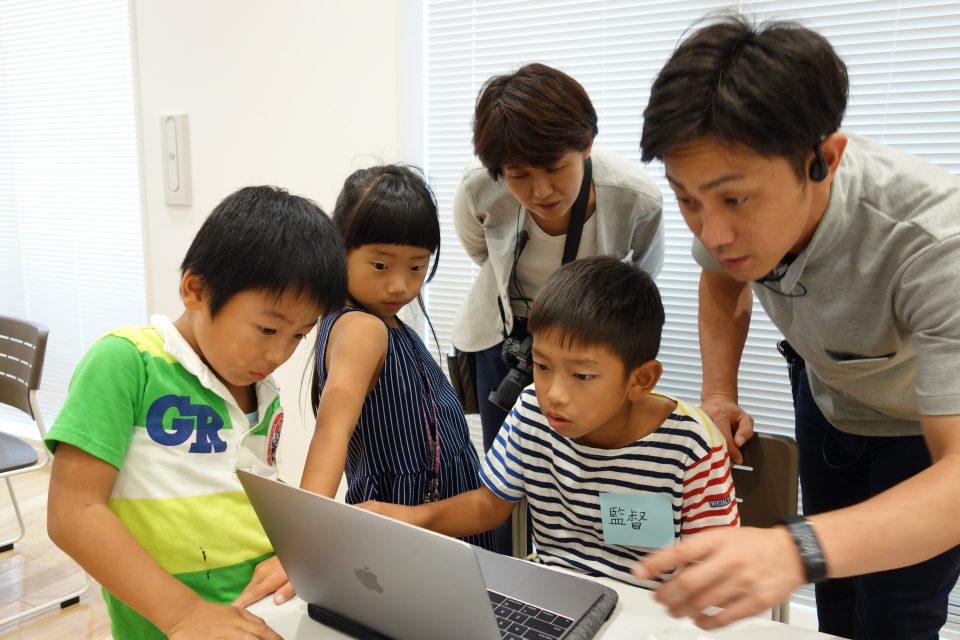 After filming, this team has headed back to work on editing. 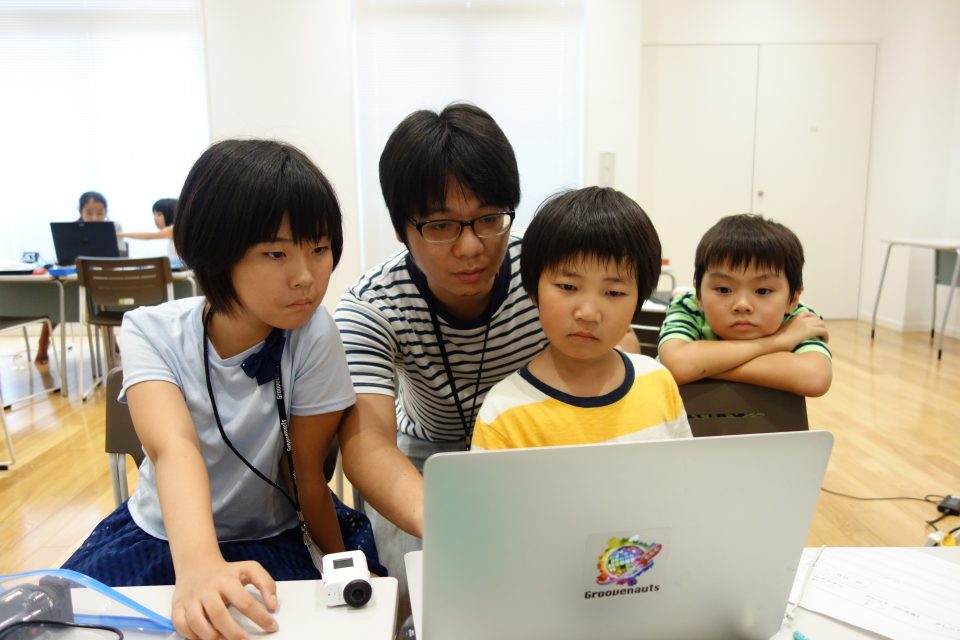 Serious faces all around while checking the footage! 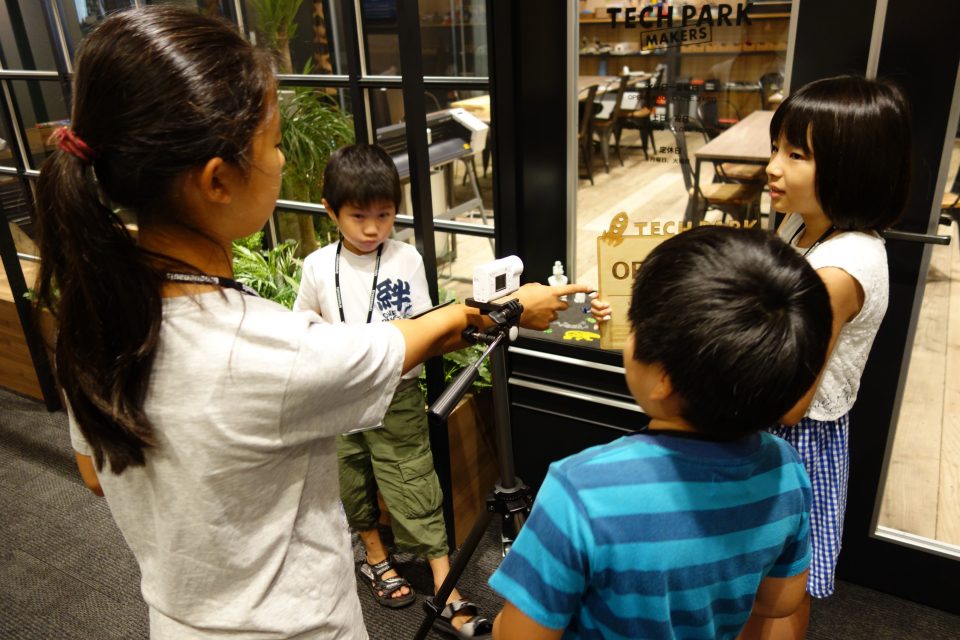 During editing, some teams held reshoots when the footage didn’t come together quite right. 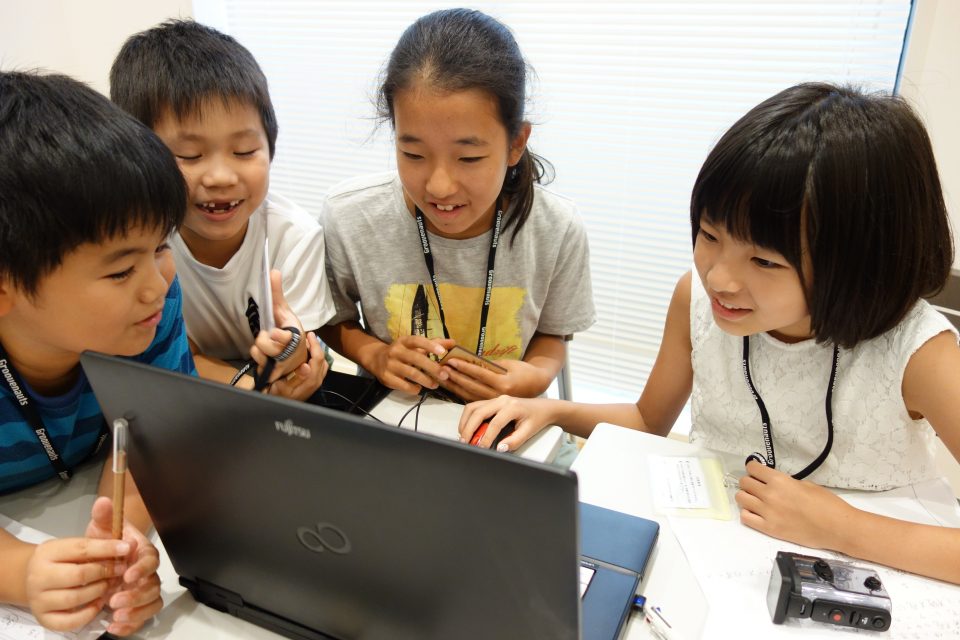 That’s a wrap! Nice work, everyone! You can check out the finished commercials below! 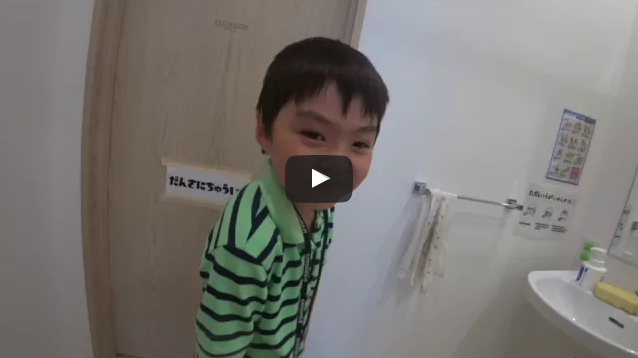 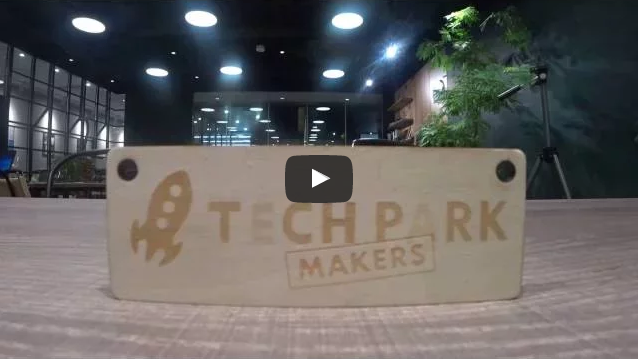 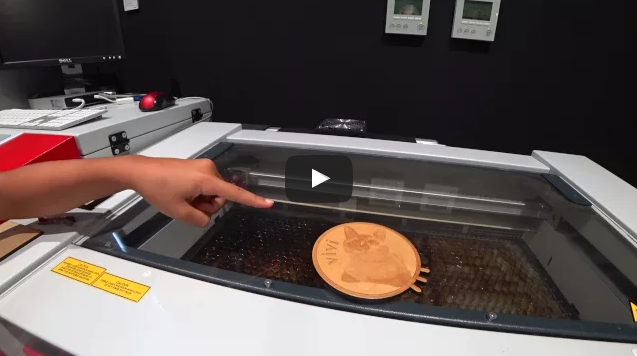 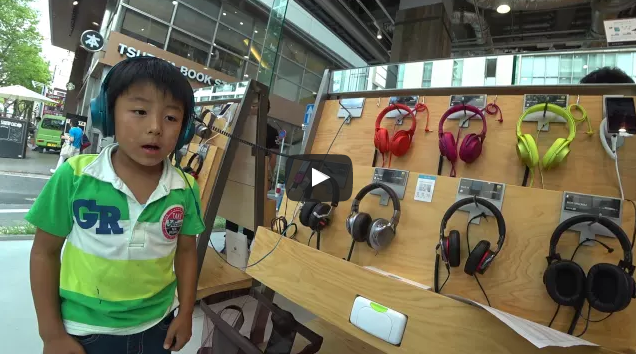 This time, all of the commercials were made by teams starting with zero experience. While scouting locations, children said many things like, “I want to showcase this,” “how can we explain this,” and “where should we shoot this from?”

In these mixed-aged teams, it seems like most had upper-elementary script writers and editors, and lower-elementary camera operators and performers. After finishing, we heard kids saying, “I want to make more,” and “next time we should shoot it this way!

In making these commercials, the children considered how to best convey the appeal of their subject matter, then gained first-hand experience putting their plans into action. We think they did a great job!

Many thanks to everyone at the Sony Store for their cooperation!